That’s just how I am

Negotiation has never been my thing. Ever since I started working, I’ve always struggled to ask for a promotion, a pay rise or even negotiate my salary during an interview. “I’m just not good at it. That’s just how I am” I’d think. I’d work extremely hard and silently so that my superiors could notice and recognise my efforts. Yet in the end, it rarely happened. 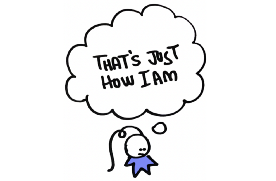 But it wasn’t until the moment when I started leading a team back in 2015 that I realised it wasn’t just me. Compared to male applicants, women would never have a figure in mind when asked for salary expectations. They wouldn’t push for a better one if they didn’t agree with the offer. They would never ask for a career jump let alone a pay rise. I couldn’t stop wondering: are women* less likely to ask for what they need? Are there hidden forces that impede them from asking as much as men do? Is our own culture discouraging them from even recognising that they can ask?

What stops women from speaking up?

Curious to unleash where this behaviour was coming from, I started my research journey and stumbled upon an interesting fact. An MIT study reveals that the contrast between women and men in their asking capacity leads to men having more possibilities and accumulating more resources (Valian 1999).

So why can’t women just ask for more? Evidence suggests that it’s because women perceive their circumstances are more absolute — therefore less negotiable — than what they actually are (Babcock 2003).

Women perceive their circumstances are more absolute — thus less negotiable — than what they actually are. Stanford University research study

If we think about it, the idea of women having access to human rights is still quite a novelty. Let’s put it in context by acknowledging 3 historical facts:

– Reproductive Rights. Abortion on request occurs only in 67 countries, being Argentina the most recent one in December 2020.

– Educational rights. Even though the concept of universities exists since 1008, no woman was allowed to earn a Bachelor of Science degree in the British Empire until 1875.

Essentially, women have been dependant on the whim of others by being denied the right to vote, rejected from deciding over their bodies, restricted from access to formal education, among others. The impact of this historic and political problem influences us all in several ways, and it starts from home (Austin 2001, Babcock 2003, Criado Perez 2017, Miller 2020, Phillip 2020, Tanen 2001, Valian 2001).

From the moment that we’re born, girls and boys are treated differently. Girls are often encouraged to be caring and nurturing whereas boys are nudged to be bold and brave (Babcock 2003). According to experts, this behaviour has several consequences. To name a few:

The reinforcement of these gender stereotypes that start in childhood evolve into unquestionable sources of truth by the time we get to the workforce (Babcock 2003, Criado Perez 2019, Sandberg 2013, Tannen 2001).

You don’t have what it takes

When we get into the workforce, we quickly learn that career progression oftentimes depends upon taking risks and advocating for oneself. Nonetheless, girls are often discouraged from exhibiting these behaviours. This might account for why women tend to judge their performance as worse than it is while men judge their own as better than it actually is (Exley et al 2019, Sandberg 2013). 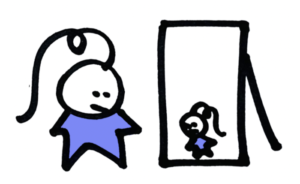 The insecurity that comes from childhood has a strong impact on not only women’s performance but also their career progression. And what’s more concerning is the fact that their fear of failure also influences external perceptions (Sandberg 2013). Think about it, would you trust someone as a leader if they lacked self-confidence? 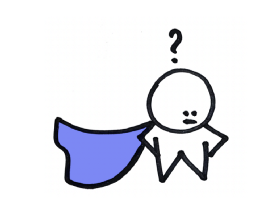 In other words, it’s not easy to assimilate that we all unconsciously perpetuate gender-biased standards for behaviour. So things aren’t any easier for those women who do “dare” to ask (Babcock 2003).

We all unconsciously perpetuate gender-biased standards for behaviour.

Women who have the courage to fight for what they want are believed to be bold and ambitious yet these attributes are far from positive. Conversely, women with these characteristics are usually discredited as dominant, aggressive or bossy. Experts believe that the perception of strong women transgresses the invisible rules about acceptable social conduct (Roy 2014, Sandberg 2013).

The perception of strong women transgresses the invisible rules about acceptable social conduct.

Indeed, recent research indicates that we Men and Women are more severe against women than we are against men:

This may justify why, according to researchers, the way we see and evaluate women is what makes them assume that they will gain success and progress simply by working hard. This environment reinforces the assumption that they don’t have what it takes to get to the top, consolidating the leadership ambition gap. Not surprisingly, a recent study showed that a mere 18% of women want to reach the C-suite (Babcock 2003, Coury et Al. 2020).

According to Sheryl Sandberg, Facebook’s COO, this could explain why even though the educated workforce’s pipeline is full of women at the entry-level, it’s astonishingly stocked with men when reaching Executive positions. As a matter of fact, in 2020, for every 100 men promoted to manager in the United States, 85 were women. This gap was even bigger with Latinas who represented only 71, followed by black women being 58. Put differently, because men hold most of the leadership roles in upper management, women don’t believe they can get them. Thus, they don’t (Coury et al. 2020, Sandberg 2013). 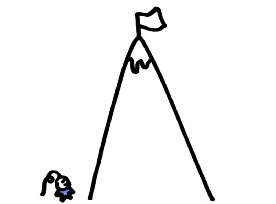 From awareness to action

There’s still a long way to go to champion gender equality. Nevertheless, this doesn’t mean you can’t start today. Because little changes in people’s daily routines can have long-lasting effects on their behaviours (Ariely 2008), here are 15 tips for allies, managers and women to boost gender equity at work:

If you’re an ally

1. Pay attention. According to experts, well-intentioned men won’t be able to be actively involved if they lack awareness. Observe gender dynamics at work. Am I (or others) giving women the space to speak up?

2. Boost your Gender Intelligence. Look for patterns and start noticing workplace behaviours you haven’t seen before. What’s happening in the room? How are women experiencing it? Are there any women in that room to begin with?

3. Ask women. Acquire a genuine understanding of what they experience. Questions that can trigger that conversation could be: What is what you find most challenging at work? If there was one thing men could be more aware of, what would that be? How can I help to make our workplace fairer for women?

4. Mentor and sponsor them. Am I giving them actionable feedback with a focus on career progression? Am I publicly recognising their efforts? Am I encouraging them to go beyond their roles?

5. Make an effort to identify your own biases (we all have them). Work on your Gender Intelligence, regardless of the gender you identify yourself with. During an interview or performance review, am I consciously evaluating potential over accomplishments?

6. Pay attention to what men in your team ask for and extend these benefits to women. Is there anything they might want but might not dare to ask for?

7. Avoid asking for self-assessments during performance reviews. Remember that women’s lack of confidence makes their self-evaluations worse than what they are.

If you’re a woman

8. Decide to negotiate. The most important step in any negotiation process must be deciding to negotiate in the first place. As Marta Luis Burguete –Director of Product at Glovo– once told me: “if you don’t want to negotiate for yourself, negotiate for those that feel they can’t do it for themselves”.

9. Lookup for mentors and sponsors.

10. Aim high. Find the right career for you and get to the top. And once you get there, make sure you extend your hand to other women.

To mitigate the discrimination women are up against, organisations must ensure employees are aware of them. Regardless of your gender or job position, you can also think of initiatives to bring to your workplace! Just to sparkle some ideas, McKinsey suggests the following:

Despite these nudges can have multiplier effects, to reach true gender equity there needs to be enough female representation at the top level, according to Rosabeth M. Kanter — Harvard Business School professor (Kanter 2006).

For women to be represented at every layer, there should be at least one of them in every room where a decision is being made. Lotus Smits — Head of Inclusion, Diversity and Belonging at Glovo

If more women are in executive roles, not only conditions for all women will improve but also the company’s revenue. Indeed, data proves that profits and share performance can be around 50% higher when women are represented at the C-suite level (Coury et al. 2020, Dixon-Fyle et al 2019).

Working on these internal and external challenges will:

My story — Our story

Throughout my life, I’ve always believed that holding myself back and not asking for what I wanted was just a characteristic of my own personality. Now I comprehend that I’m not alone. Seeing my story in a high number of research studies made me realise the magnitude of gender bias. Additionally, it reassured the significance of speaking up not only for me but also for others. As PhD Kate Millett stated, “for women, the personal is political” (Millet 1970).

You’ve got the data and tools to start today. It’s now your turn to make it happen.

(*) Women come in all shapes and forms (race, colour, religion, gender identity or expression, sexual orientation, national origin, genetics, disability, age, carers, parents, etc). When referring to “women”, I acknowledge this story may not apply to us all.

If you enjoyed this article, kindly recommend and share it with allies and other women to spread the message 🙂

Glovo is not just another delivery app, we want to become the everything app. We work together by leveraging the latest technology to connect people to possibilities. Have a look at our positions open!

Glovo is committed to creating a diverse environment and is proudly working on plenty of initiatives to become an equal opportunity employer. All qualified applicants will receive consideration for employment regardless of their gender, gender identity or expression, race, color, religion, sexual orientation, national origin, genetics, disability, age, carers, parents, or veteran status.

Tannen, Deborah, 2001. Talking from 9 to 5: Women and Men in the workplace: Language, Sex and Power. William Morrow Paperbacks

Valian, Virginia, 1999. Why so slow? The advancement of women. MIT Press

Mlambo-Ngcuka, Phumzile, 2018. Op ed: What we can do to empower women in the workplace. UN Women. Available at: https://www.unwomen.org/en/news/stories/2018/6/op-ed-ed-empower-women-in-the-workplace [Last revised 28 February 2021]

Thanks to Valentina Salvi, Huw Davies, and Angel Sola.

When you need to think on your feet and take action quickly, the way you think and act can have an impact on your career development. We believe that our people are our greatest asset and at Glovo, they are challenged to learn and generate impact, and, as part of our non-vanilla culture, thrive in roles that demand passion and a strong commitment.

Read More
Career
Myths behind the interview process at Glovo

We´re here to help you rock the recruitment process at Glovo! Check out some tips from our recruiters that are sure to help you stand out from the pack and land your dream job.

I started my journey at Glovo in January 2019. I was an event photographer looking for a new challenge that could really make me vibrate. Today, within the same company, the same fantastic team, I found this amazing project that makes me want to get up and learn more every day.